We are Erik and Megan Schorr, owners of Anacortes Kayak Tours. Both of us were born and raised in the lower Puget Sound region of Washington State. The San Juan Islands have been a part of Erik’s life since childhood when his family would come out to Orcas Island to buy cattle from the Driftwood Ranch, or to vacation on a friend’s privately owned island near Friday Harbor. I met Erik after we both graduated from college, he was working as a kayak guide and whale-watch boat captain on San Juan Island and I was planning to move onto Orcas Island for the summer. Sparks flew, and he convinced me to change my plans and come to stay in Friday Harbor. It proved to be a great decision, and so our lives together began!

We lived on San Juan Island for six more years (eventually we got married there, in 2001). Erik continued driving whale watch boats, while I worked as a kayak guide, and also as a whale-watch naturalist, for other companies. It was an idyllic life! We worked hard all summer and took amazing trips around the world in the winters. Collectively we’ve managed to visit six of the world’s continents, including an incredible five months in Antarctica working for the United States Antarctic Program. It was in Antarctica that we decided that it was time to start a family and move forward on our longtime dream of creating a sea kayak touring company. Little did we know that both dreams would come true at exactly the same time!

In 2004 our first son, Taiga was born just as our first season ended. It had been an incredible year in many ways. The business had succeeded beyond our expectations and, with our new little family, we felt our roots setting into the community of Anacortes. In 2006, with two more seasons under our belts, we were surprised to find ourselves expecting another child and on July 7th, 2007 our second son Tashi was born. Now simultaneously starting a business and having a baby is a pretty wild thing to do, but having a second baby at the peak season is certifiably insane, yet we managed to do both…so much for “family planning”! Nevertheless, we survived and even flourished through it all. There are few things in life more motivating in life than having children who depend on you.

As we approach our nineteenth season we can look at the wonderful life we’ve managed to create with happiness and pride. The ability to weave our love of sea kayaking into a lifestyle that supports our family is an incredible gift and we look towards future years with great expectations. 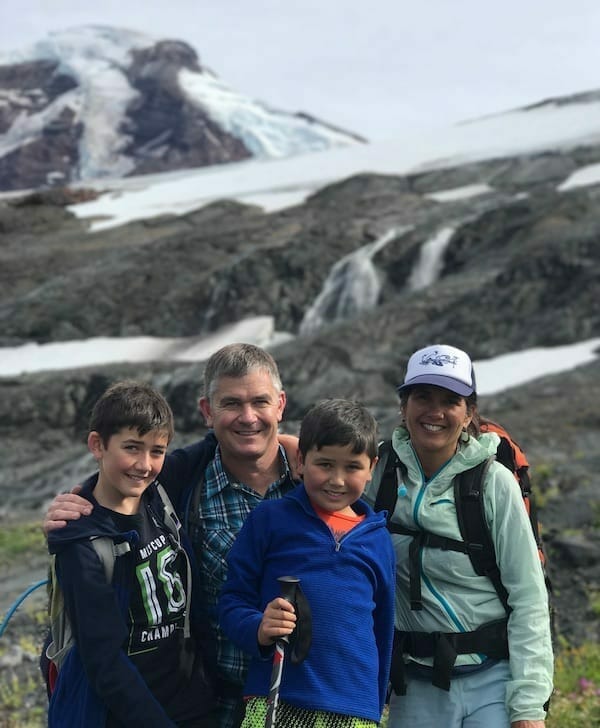