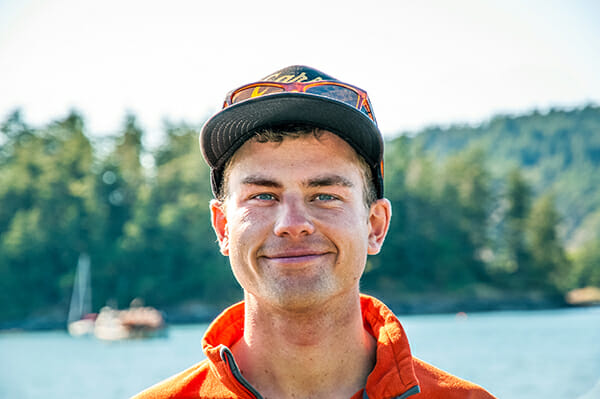 Nick was born and raised in Springfield, Missouri until leaving for Kansas City for College. He is a graduate of Rockhurst University with a B.S. in Physics. During college he began traveling to Central America to work on water projects and spent some time traveling in Europe. Upon graduating he began working as a hiking guide in Sequoia National Park during the summers and as an outdoor science school teacher during the school year in Southern California. Most recently he returned from a year and a half abroad in New Zealand where he experienced his first ski season, first cycle tour, began canyoneering, backpacking, and climbing more seriously. He was working as an engineer abroad but was itching to get out of the office and onto the water. He recently moved to the San Juan Islands to work as a sea kayak guide and to share his love of the outdoors! We know that you’ll enjoy his enthusiastic personality and charm.