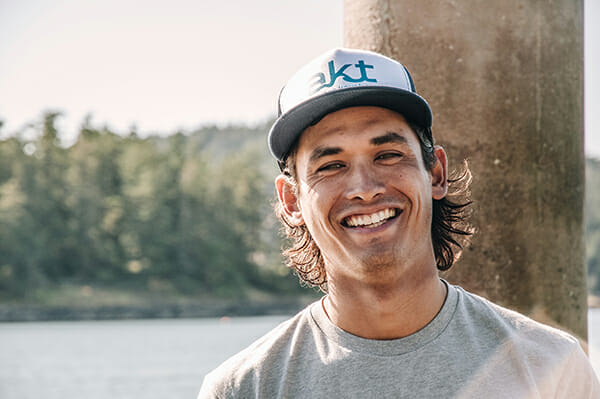 Ted is a recent graduate of SUNY Plattsburgh's Expeditionary Studies program. After joining the United State Marine Corps after high school Ted found his passion in outdoor, expeditionary living. While completing a philosophy degree at SUNY Geneseo, he began going on solo backpacking trips in the Adirondacks and New Hampshire's White Mountains. When he graduated, Ted looked for ways to get more technical outdoors training and stumbled across SUNY Plattsburgh where he transferred to finish a second degree. At Plattsburgh he fell into paddlesports and hasn't looked back since.

Like many of us here at AKT, he loves all disciplines and paddles a bit of everything- sea kayaks, open canoes, and whitewater kayaks. He did the bulk of his development paddling on the sea in Wales, and on rivers in Scotland, and from there has been fortunate to paddle in a variety of world class locations and environments such as: Scotland's Outer Hebrides, the Pacific coast of Baja California, many islands in the Gulf of California/Sea of Cortez, and  also whitewater rivers in Nepal, Scotland, and the Adirondacks. Ted recently had an article and photos published in Ocean Paddler magazine and hopes to continue to travel and paddle wherever he can.

His professional paddling resume is impressive; he holds a 4-Star Leader award in Sea Kayaking, 4-Star Leader in Canoeing, and 4-Star Leader in Whitewater. Additionally Ted is a Level One UKCC Paddlesports Coach, a certified climbing instructor with the American Mountain Guide Association, and a Wilderness First Responder.

Most importantly, Ted is just about the nicest guy that you can imagine. We know that you will live him too!